Unconventional marks in sports – when celebration becomes a trademark. 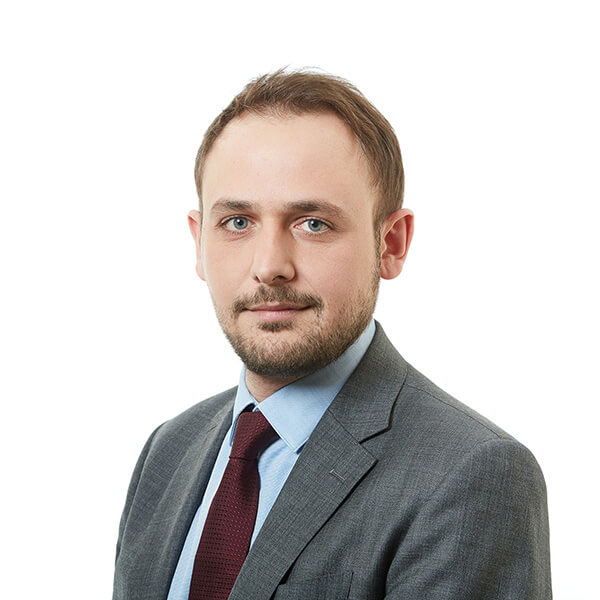 of Davide Dabergami
Posted July 26, 2018
People often think that a trademark is only a “brand” composed of a logo and a word, but that's not even close to the truth.

Unconventional marks in sports – when celebration becomes a trademark

People often think that a trademark is only a “brand” composed of a logo and a word, but that’s not even close to the truth.

Take this jingle coming out loud from speakers at the cinema just before the movie starts: who wouldn’t recognize immediately which Studio produced it? If you spot it, that’s simply because Twentieth (20th) Century Fox Film Corporation jingle is in fact a trademark determining the product’s origin, also registered at the EUIPO (European Union Intellectual Property Office).

These are the so called “Unconventional or Non-traditional” trademarks, whose spread was boosted after the EU Regulation n. 2015/2424 got rid of the requirement of graphic representation, making the registration procedure much easier. Companies have long been using this potential to implement the protection of their distinctive marks: from Tarzan’s scream to the Lion’s roar by Metro-Goldwyn-Mayer Lion Corporation, or from the animated greetings of Fahnen-Gärtner‘s mascot to the Zwilling‘s hologram, all these signs are registered trademarks.

If companies have managed to protect their atypical distinctive marks since a long time ago, sports can benefit of this development as well.

Mandela used to say that “Sports have the power to change the world. It has the power to inspire, the power to unite people in a way that little else does. It speaks to youth in a language they understand”.

That’s it: sports speak to young people today more than ever. If only a few years ago teenagers’ bedrooms were wrapped in singers, musicians, actors and models’ posters, today sports stars took over: walls covered in posters, calendars, diaries full of photos and several cut outs, clothes and any other kind of product, everything is branded with our sports idols’ name or logos.

Sports people today are global brands with a priceless value, a brand made up of their own image.

So, just like the most important sports brands, they develop, protect and manage their trademark, until even exploring new fields of protection. Not long ago, after many court battles, Lionel Messi finally managed to obtain the registration of his last name for clothing articles. Notwithstanding the strong opposition of the prior trademark “Massi”, the EU Court declared the absence of confusion with prior trademarks, thanks to the notoriety of the Argentinean champion.

Much older is the fight between the tennis players Niclas Kroon and Lleyton Hewitt about the usage of their winning gesture as a garment trademark, made by closing the hand’s fingers together in the shape of a duck beak and moving them in a twitch towards the eyes. That’s the “Vicht”, the typical gesture used by Vikings in ancient times as a sign of triumph against the enemy.

Usain Bolt, the fastest man on earth, owns several trademarks registered all over the world protecting his name, his signature, the slogan “BOLT TO THE WORLD” and even the pose everybody knows called “the lightning bolt ”

Since years, we have seen many soccer players designing and registering their own brand with their names’ initials and their T-shirts’ number.

David Beckham was one of the first ones doing so with the “DB07” granted as an EU trademark in 2002, then followed by many more soccer players registering trademarks in their names or through a sponsor.

If the initials and the T-shirt’s number can be considered as “standard” trademarks and we’re now more than used to see them, with the EU Regulation 2015/2424 amending the previous one it seems there are no more limits to trademark registrations.

As mentioned earlier, before the changes occurred with said regulation, there was an unquestionable requirement for trademark registration: the graphic representation.

Today, new technologies and the need to ensure a greater flexibility lead to a modernization of the registration process and the elimination of such requirement, also allowing to obtain a higher legal certainty according to the concept “what you see is what you get”.

Therefore, it’s legit to suppose that those trademarks previously defined as atypical or unconventional will now have a greater success.

Sports people will also benefit of this breakthrough. Indeed, if we think of some soccer players, we can’t help picturing them cheering or performing particular gestures during matches. The “wiser” will recall the famous scorpion kick by Higuita, the eclectic Colombian goalkeeper from the 90s, but also the young have many examples at hand.

There are many cases of soccer players who tried – and sometimes succeeded – to protect their cheering exultations. Mostly figurative marks have been used so far, as in Gareth Bale‘s case when he was still playing in Tottenham and tried to register the gesture “Eleven Of Hearts”, created by joining fingers of both hands in a heart shape

. If you’re thinking these are just spot cases, then you’ve got to try and consider the marketing activity created with the Dybala mask of the homonym Juventus soccer player, with the Hotline Bling by Antoine Griezmann or with the “Dab Dance” by Paul Pogba, who are two of the last world’s champions. Examples are not lacking, pretty much with all sports. There are improvised moments suddenly becoming viral and gaining a commercial value thanks to the reputation of their authors.

So, what can we expect with the new possibilities instructed by the EU Regulation’s amendment?

These days people are talking about nothing other than Cristiano Ronaldo moving from Real Madrid to Juventus. Let’s take him as an example then.

All soccer fans certainly know CR7 euphoria after every (many) goal scored, the usual joyful run ending in a jump, with his arms wide open and the classic scream “SIII” (maybe sounding more like a “SUUU”).

Among all EU unconventional trademarks, there is also the so called multimedia mark, composed of the combination of image and sound or including said combination. It is sufficient to have an audiovisual file containing this image and sound combination in order to represent it. Of course, a trademark cannot be a meaningless whim ending in itself, but it has to be an investment for his owner, so it’s wise to evaluate its feasibility and benefits.

Why shouldn’t we think of the famous jingle from UEFA Champions League official anthem as a sound mark? That’s undeniable that any fan when listening to it links it directly to the most important European soccer clubs competition.

Commonly, a trademark is anything capable of telling certain products from those belonging to a competitor. It can be a logo and a word, of course, but also a color, a sound, a video, a packaging, a shape or even a smell.

Many people think that obtaining registration for an atypical trademark is just a marketing operation or, even worse, a mere piece of paper to keep in their archives. But nowadays with the Internet, the social media and the digital world reshaping communication language and marketing tools, are we 100% sure that distinctive marks aren’t changing as well?

Atypical and unconventional marks are an opportunity to create an added value, an asset that can be developed, licensed or transferred.

Of course, not everything suitable for registration (as an atypical trademark or not) actually deserves it. That’s why it’s useful and important to get the advice of an IP expert, helping the owner to identify and promote his/her atypical distinctive marks.

While waiting to find out who is going to be the first sports star to explore the new frontiers of distinctive marks protection, next time you’ll rejoice with your favorite player for his/her goal, basket, good score or victory, remember: that gesture could already have become a registered trademark.