Baby Yoda, may the IP force be with you 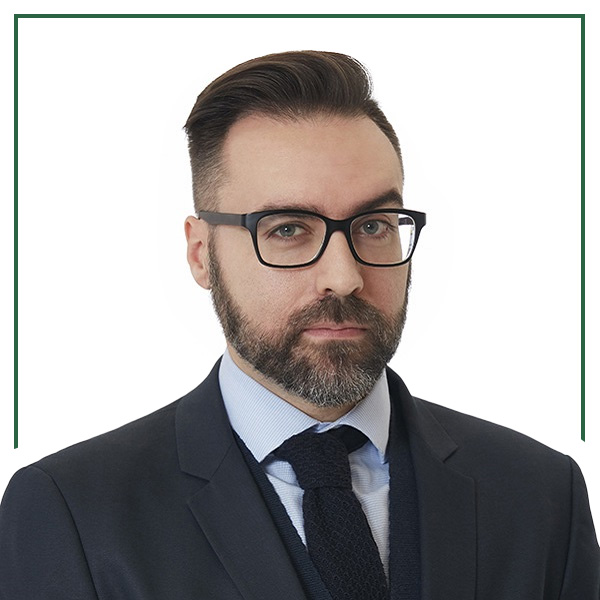 of Claudio Tamburrino
Posted June 23, 2020
The fight against online counterfeiting is a fundamental strategic activity for any company. Disney is undoubtedly one of the most active companies in taking full advantage of the potentialities given by the wide range of IP protection tools. This is well showed by the latest case of Baby Yoda, the well-known pointed-ears and green-skinned character which plays the central role in the script of the Disney+ TV series The Mandalorian, set in the Star Wars universe. However, not everybody knows that before becoming the millionaire merchandising object we all know about, Baby Yoda image was used online by several third parties for content production and unauthorized products, so that Disney often had to take action to enforce its IP rights.

Value creation and the importance of monitoring merchandising channels

During the series shooting, The Mandalorian’s producer Jon Favreau already estimated the value of the puppet used in the scenes and simply called “the Child” (Baby Yoda is the name given by the public) at least 5 million dollars. Such an estimate is actually realistic considering that at the moment this character’s puppet is sold on Disney’s online store for up to 40 dollars and that Disney’s licensing engine is intensely exploiting it, as shown by the cereals and the sanitary masks branded Baby Yoda which are now entering the market.

It is important to remember that Disney’s strategy was to keep the Child secret and hold back the launch of official merchandising products, in order to avoid the risk of spreading the character’s details before the TV series was broadcasted. Therefore, Disney had to wait several months before getting the rewards of the immediate success obtained by the new mascot.

Although the arrival on the market of the official merchandising was scheduled for 2020, the Child’s online success (in GIFs, memes and on social networks) and the lack of official merchandising caused many unlicensed products to spread around. In particular, that happened on Etsy, the e-commerce platform for handicrafts, where several users started offering for sale products dedicated to “The Child/Baby Yoda”.

Online Brand Protection: the balance of the force

Disney is well known for its strong interest to protect its IP rights. In this respect, we can recall that Disney’s influence upon the US regulation regarding the extension of copyright protection terms was so powerful to nickname it “Mickey Mouse Act”.

Even in this occasion, considering the increase of unauthorized products, Disney immediately pointed out its major threats and activated its IP rights to promptly obtain their enforcement: Etsy sellers soon started to receive a message telling that their offers were removed due to Disney’s claim of IP rights infringement. Meanwhile, also animated GIFs of The Mandalorian scenes featuring the Child started to be removed from some platforms.

This shows how Disney proactively initiated an extensive search for illicit uses of Baby Yoda character in the weeks before the launch of the original merchandising, in order to make room for its official products. In fact, Disney fully exploited the potentialities of its IP rights and demonstrated that intangible assets are fundamental in the development of a well-structured merchandising strategy ranging from the IP rights protection to the granting of licenses for several kinds of products connected to them.

The (only temporary) removal of GIFs gave way to several discussions, in particular about the definition of fair use in copyrighted works, according to the US law. Indeed, such definition seems to include – and therefore to legitimate – the use of copyrighted works in contents either very brief or satirical (precisely like GIFs).

In this regard, it should be noticed that not only The Mandalorian series, but also other fictional characters connected to it can be protected in some cases.

In Italy, both the above-mentioned signs – as notorious signs used in the artistic field – can be registered as trademarks only by the entitled subjects having rights on the related work, according to article 8 of the IPC.

It is interesting to highlight that the initial notifications made by Disney to the platform Etsy for the enforcement of the products dedicated to “YODA” were based exactly on Disney’s trademarks corresponding to the name of the fiction character.

After such removals, some sellers re-posted their offers by eliminating any direct reference to Disney’s registered trademarks and adopting for example the keyword “Baby Alien” instead of the name “YODA”. That said, it is important to underline that Disney already obtained its first success, as the impossibility to directly mention its trademarks made the sales fall (for some products reduced from thousands to tens), thus dealing a serious blow to unauthorized manufacturers.

Moreover, those subjects who keep using the Disney character to sell their products online even without direct reference to wordmarks like YODA, THE MANDALORIAN and STAR WARS, are not completely free of the risk to violate Disney IP rights. A visual representation of Baby Yoda (even though called “Baby Alien” or whatever), precisely because it is easily identifiable as the Disney character, actually runs the risk to infringe IP rights, since both the US and the Italian copyright law (n. 33 of April 22 1941) extend their protection to fiction characters.

In particular, both the Italian doctrine and the case law grant a specific protection to fiction characters (regardless of the work they are taken from) “with features of strong identity and concrete expression, intended to be protagonist of stories, events or situations where they can act while maintaining their own personality” (Court of Milan, 22.2.1996). Such specific protection was recognized by the Italian case law to characters, among others, like Betty Boop (District Court of Milan, 28.11.1992), Tex Willer (Court of Appeal of Milan, 21.2.1992) and Calvin & Hobbes (Court of Milan, 21.01.2008).

Other famous examples are those related to the US Federal Court judgements which granted protection to the character Tarzan as “born and raised in the jungle and able to communicate with animals but also to have human feelings”; to Superman who stands out for “coming on Earth from an imagery planet, feeling human emotions, having specific physical traits and a particular colourful clothing”; and also to E.T. “as being a human-looking alien with typical somatic traits, such as the big blue eyes, chosen as main character of the movie with the same name which he represented the true essence of”.

Moreover, in Italy an imagery character can be protected also as a trademark according to article 7 of the IPC, if it can be graphically represented: it is possible to register as trademark its graphical aspect, its name, its clothing or any other element making it univocally recognizable.

Even though the trademark does not protect the character as such, but only its specific graphic representation (please note that different representations or possible artistic reworking – if not confusingly similar to the registered one – will not be protected), cartoon majors are particularly willing to use this type of protection for most of their characters. In fact, it is very common that these companies protect their fiction characters by registering dedicated figurative and three-dimensional marks. Their protection strategies can be aimed at both registering specific representations of their fiction characters and protecting as trademarks only some elements of their aspect. For example, Mickey Mouse ears are registered as trademark and, as a consequence, their exclusive use is guaranteed for almost any product category.

While evaluating how to protect your intangible assets and safeguard their market value it is highly advisable to seek an expert’s advice to identify the most suitable IP protection forms, also taking into account the fact that different protection tool may be used together.

Our advice for the protection of your intellectual works: from the copyright filing to its exploitation.

A highly specialized intelligence service, customized with the collaboration of strategic partners in the technological field.